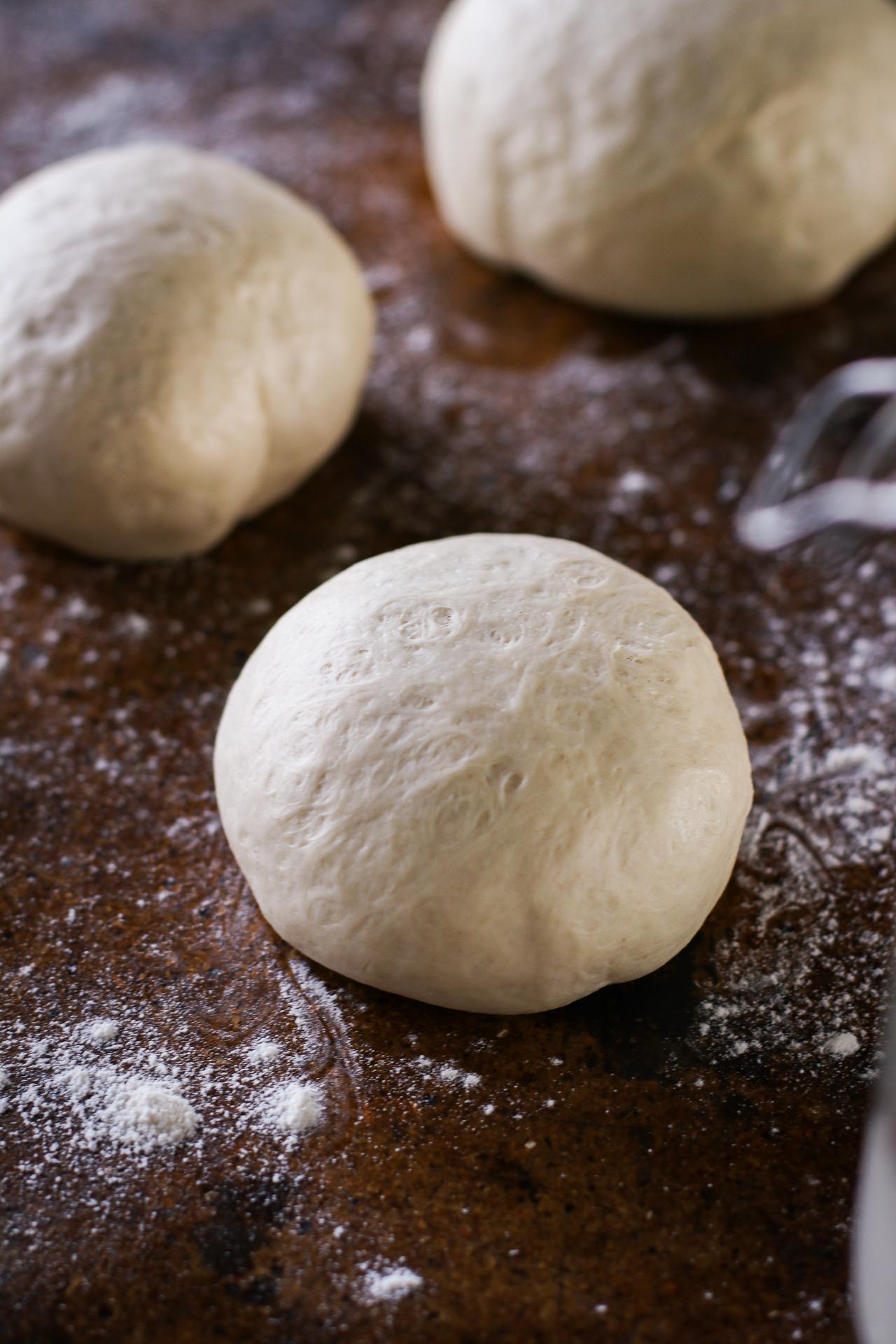 Enjoy this dough in

Let us know what you think

We believe that focusing on numbers can harm our relationship with food. Instead, our philosophy is to Nourish the Cells & the Soul. If you require specific nutrition information due to a medical condition, please consult with a dietitian or physician. The nutritional information provided is composed with the utmost care. However, we cannot guarantee the correctness of the displayed values, see also our disclaimer.

More for the eyes

Your pizza recipes look amazing. Could the pizza dough be made with instant dried/fast action yeast instead? Activated yeast isn't sold in supermarkets over here (UK). Would you be able to advise as to how to tweak the recipe for instant dried yeast as it doesn't require activating?

Many thanks!
Louise x

Hey there, Louise, yes you can use instant yeast! We haven't tested it out, but imagine a 1:1 substitute would be a good start.

The main difference between the two is that instant yeast is more "alive" already so it doesn't need to be activated with water, and it will result in the dough rising faster. This means you could opt to add the instant yeast straight to the flour rather than mixing it in the water first. The balls of dough also won't need to sit for as long to rise. We hope this helps for now, Louise, and you enjoy the dough if you're able to give it a try!

I'm based in the UK as well and have tried this recipe with Sainsbury's fast action yeast and it works like a charm (takes less than two hours to rise). The only "problem" is that if you mix it into the water instead of the flour it will smell funky, but it's not too bad if you make the "mistake".

Tried this dough with some non-vegan friends and they claimed the dough was so good they did not realize there was no cheese on it. So I would definitely give it a go if I were you.

We appreciate the insight, Liv, and are so glad it was enjoyed! Thank you ✨

I have followed this recipe countless times with my toddler. It is family approved and made almost weekly! QQ: Do you recommend a specific type of salt with this recipe?

Hey there, Rachelle, we're so glad the recipe is being enjoyed! A finer grain salt may be preferred since it dissolves the most easily 🙂

I never thought I'd be the person to make her own pizza dough, but with this recipe, I make it almost every weekend. This is so easy and ends up rising beautifully and tastes amazing! I add some of your homemade Italian seasoning into the dough mixture and it creates a beautiful flavor. Thanks, Pick Up Limes team!

Oh so lovely to hear, Kierra, and what a delicious idea to add Italian seasoning into it 😍

I can’t wait to try it. I don’t see sugar as an ingredient. No sugar needed?

Hey Isabelle, no sugar is needed in this one. We hope you enjoy it if you give the dough a try 🙂

My family absolutely adored this dough- so fluffy and flavourful! Definitely making again.

It means so much! Thank you, Elara 😊

So glad it's being enjoyed, Suzanne!

This recipe was very easy to follow and the dough was perfect 🤤😍 It was fluffy, yet the crust was crunchy 🍕 Thank you so much Sadia for sharing this delicious and quick recipe 😊 Definitely making this again very soon 🤌🏼

We're so happy to hear it was enjoyed, Lara, thank you 🤗

This pizza is so tasty 😍 I like to try it. I already make pizza all fail. this watching time I wish to make pizza again. I think this pizza will become tasty

This dough is FANTASTIC! I usually make one large pizza but with this recipe I made up a bunch of smaller sized pizzas and it is phenomenal. I also made extra dough and froze for future use. They froze great, defrosted super quick, and the finished product was delicious! Thank you for such a tasty recipe. It will absolutely be a staple in our home. #kidapproved

Oh, Christa, we appreciate so much more than we can express! Thank YOU for the glowing review 😊

Absolutely excellent! I used all purpose flower, and it held up to sauces and toppings without sinking or getting soggy. Will definitely be reusing this one!

Woohoo! So happy to hear, Abby, thank you 😃

If I want to freeze it, should it be before or after letting it rest? Thanks!

Hi there, Palom! For best results, we'd recommend freezing it after the first rest in step 7. Similar to resting the dough overnight in the fridge, for easier shaping we suggest letting it rest at room temperature covered with a damp cloth to allow it to warm up 😊 We hope you enjoy it!

I have tried many but this is definitely the best pizza dough recipe. The crust, the fluffiness, the taste, everything is just soo good.
Thank you so much Sadia and the PUL team for your hard work to provide us with such great recipes! ❤❤❤💕💕😍

Such a huge compliment, Celina! Thank you for the kind words and support 💚